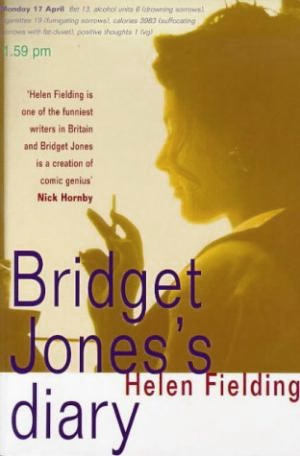 Purchase This Book At: Bridget Jones's Diary was first published in 1996 and applauded by critics from Salman Rushdie to Jilly Cooper. A number one best-seller, Helen Fielding's book has sold over fifteen million copies worldwide and has been turned into an Academy Award-nominated film starring Renee Zellweger, Colin Firth and Hugh Grant. Bridget Jones's Diary is followed by Bridget Jones: The Edge of Reason and Bridget Jones: Mad About the Boy. Bridget Jones is everyone's favourite spinster. In Bridget Jones's Diary she documents her struggles through the social minefield of her 30s and tries to weigh up the eternal question: Daniel Cleaver of Mark Darcy? She is supported through the whole process by four indispensable friends, Shazzer, Jude, Tom and a bottle of chardonnay. A dazzling urban satire of modern relationships? An ironic, tragic insight into the demise of the nuclear family? Or the confused ramblings of a pissed thirty-something? In 2012 Picador celebrated its 40th anniversary. During that time we have published many prize-winning and bestselling authors including Bret Easton Ellis and Cormac McCarthy, Alice Sebold and Helen Fielding, Graham Swift and Alan Hollinghurst. Years later, Picador continue to bring readers the very best contemporary fiction, non-fiction and poetry from across the globe. Cover creased - rest of the book Fair

This site uses Akismet to reduce spam. Learn how your comment data is processed.

Find out more or adjust your settings.

This website uses cookies so that we can provide you with the best user experience possible. Cookie information is stored in your browser and performs functions such as recognising you when you return to our website and helping our team to understand which sections of the website you find most interesting and useful.

Strictly Necessary Cookie should be enabled at all times so that we can save your preferences for cookie settings.

If you disable this cookie, we will not be able to save your preferences. This means that every time you visit this website you will need to enable or disable cookies again.